Do experts categorize words to describe wine similarly to non-experts?

Seeking wine reviews from experts or from social apps?

The words to describe wine aroma experts use seem to bring them either admiration or criticism.

Although experts use words to describe wine fluently and precisely, we often have difficulty matching the expert review with the wine being described. 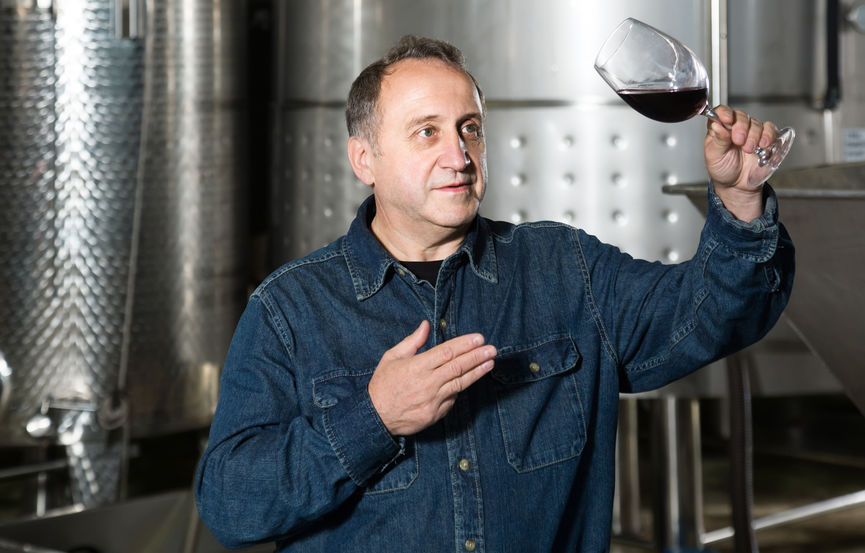 The influence of wine experts pushed a generation of wine lovers to believe they had to gain extensive wine knowledge to speak the same expert language.

However, a new generation now seeks wine reviews written by people like them and shared through mobile social applications. The wisdom of the crowd provides then guidance on the most famous wines and wine descriptions.

Do these two types of wine reviews convey similar meaning of the words
they use to describe the wines?

Tools like the Wine Aroma Wheel facilitate the task of describing wine aroma by categorizing the sensations from generic categories to specific terms.

But you may wonder:

Once again, scientists got up to the challenge.

A study on categorization of words to describe wine aroma

96 words to sort in groups of similar odors

The researchers scanned 200 publications, including wine descriptions, to build a list of the most frequently used wine aromas. They filtered down the first list of 604 terms to 96 words. 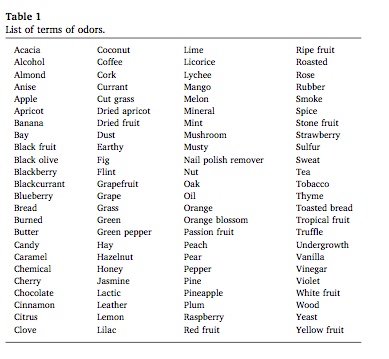 Then they invited 156 people drinking wine, from occasionally to frequently, to take part in a study. Participants first took a wine knowledge test, which split the group into four clusters of expertise: novices, intermediates, connoisseurs, and experts.

Each participant performed a simple task: To read 96 cards displaying each one wine odor (e.g., "the odor of coconut") and group the cards based on odors similarity. They could make as many groups as they wanted and could exclude odor terms they didn't know. 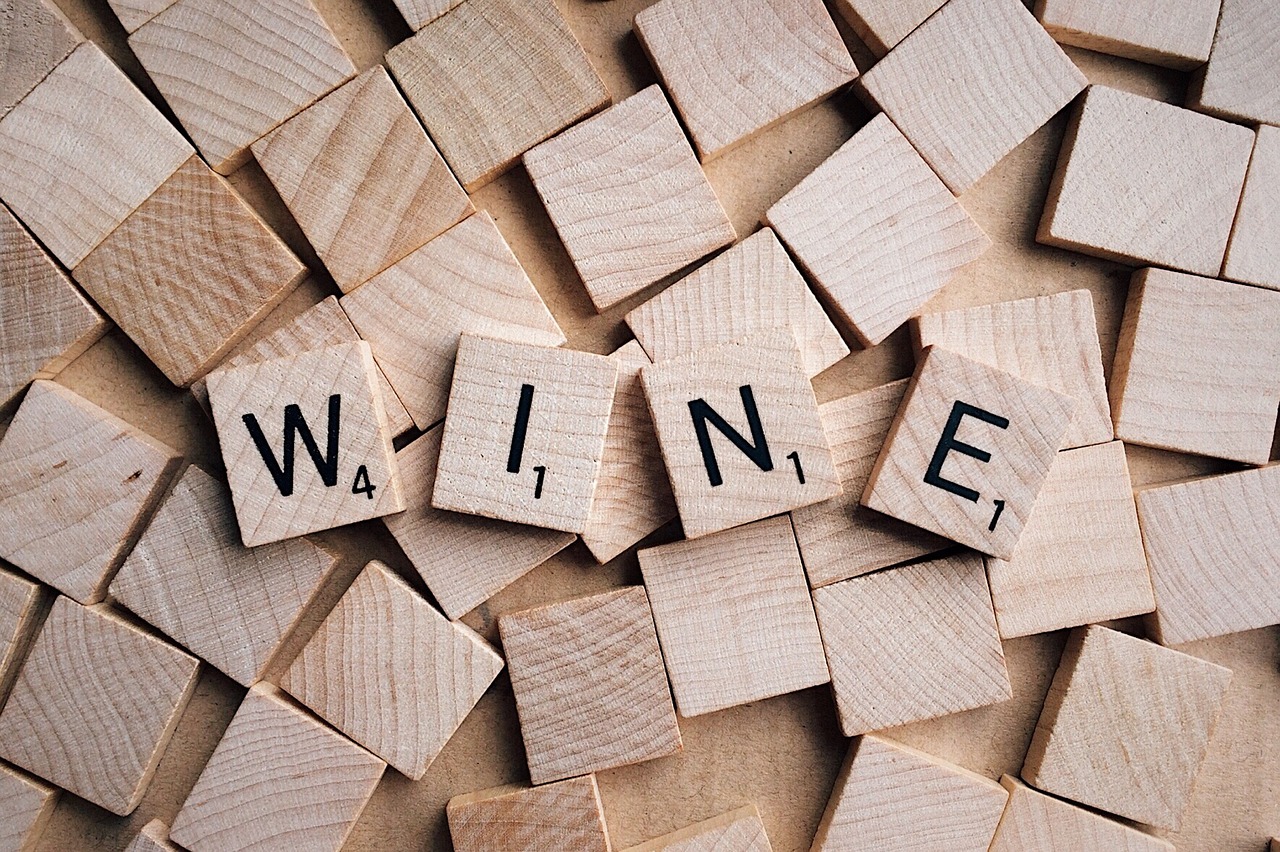 Researchers analyzed the data and found that the number of odor groups didn't vary much among the participants' four clusters. However, connoisseurs and experts tended to make large groups of wine odors, and novices and intermediates made instead of a lot of small groups. Nonetheless, the level of wine expertise didn't impact the complexity of the odor groupings.

It seems that there was an agreement in the way the four clusters of participants grouped the wine odors.

When researchers compared the expert and novice clusters, more differences in word grouping emerged. They differed in the way they grouped 53 wine odors. The main finding is that experts categorized some terms based on their technical knowledge and less based on the odor similarities.

Examples of a few disagreements

The few differences observed between the expert and novice clusters came from the technical knowledge experts used to categorize terms.

In these instances, they based their grouping on the wine aroma's winemaking origin rather than on the aroma source-object.

This finding should reassure wine enthusiasts that their words to describe wine are as meaningful as experts' ones.

As expected, wine experts use their technical knowledge to judge wine quality. In contrast, most of us use our senses to appreciate the wine overall. It is these few instances that can confuse non-experts when they don't perceive what the expert does.

How are grouped the terms of the Wine Aroma Wheel?

Dr. Noble shared recently with my students and me that the terms had been grouped for the most part based on the odorant-source objects. However, we can see on the wheel some examples of words grouped according to their winemaking origins.

Have your say about what you just read! Leave me a comment in the box below.